Madhyamik English Question and Answer :The Passing Away of Bapu byNayantara Sehgal 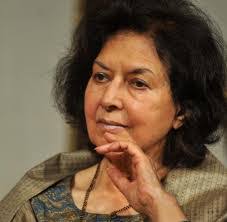 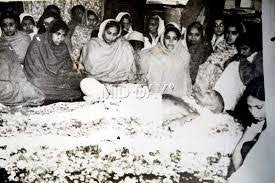 Nayantara Sehgal was an Indian writer who writes in English. She was born in 1927 on 10th May. She belongs to India’s most prominent political families. Her father name was Sitaram Pandit was a successful barrister and mother name was Vijayalakshmi Pandit was India’s first ambassador to the UN. Her uncle Jawaharlal Nehru was India’s first Prime Minister and her cousin, Indira Gandhi was India’s third Prime Minister. Naturally, his writing was started with politics and it was first reflected with her memoir ‘Prisoner’ and ‘Chocolate cake’ which was published 1954. Sehgal authored other political writings- The Freedom Movement in India and Indira Gandhi, Her Road to Power – along with a collection of essays, Point of view: a personal response to life, literature, and politics.
She received the Sinclair Prize (Britain) for fiction in 1985, Sahitya Akademi Award in 1986, and Commonwealth Writer’s Award (Eurasia) in 1987. She also has a Fellow of the Woodrow Wilson International Center for Scholars, Washington from 1981 to 1982.
MCQ Question and Answer Preparation Key from ‘The Passing Away of Bapu’
1. Gandhiji was shot dead on- 30th January 1948
2. The people became quiet when- it was announced that they would be allowed to see Gandhiji before the funeral.
3. Nayantara Sehgal was called to the Birla House over- the telephone.
4. Gandhiji was shot dead on his way to – a prayer meeting.
5. The author N. Sehgal came to know of Gandhiji’s death by-  a telephone call.
6. The author received the news of Gandhiji’s death when she- was having her evening tea.
7. In the room where Gandhiji breathed his last, there was- Silence.
8. Due to an urgent call author, Nayantara Sehgal went to- the Birla house.
9. Bapu lay on – an open truck.
10. Padmasi was Mrs. Naidu’s- daughter.
11. ”We will walk” said- Padmasi.
12. While walking in Gandhiji’s funeral procession, Na.yantara Sehgal felt- she was among people for whom walking with Bapu had a special
meaning.
13. At the time of walking, Gandhiji required- a staff in hand.
14. A huge crowd had gathered by the- Ganges.
15. Gandhiji’s ashes were immersed in the river- Ganga.
16. The narrator of ‘The passing away of Bapu’ felt loss at- in Delhi.
17. People on the train sang- bhajans.
18. The compartment of the train was decorated with- flowers.
19. After Bapu’s passing the writer was determined- to hold her courage.
20. The writer felt she had grown up- within a magic circle.