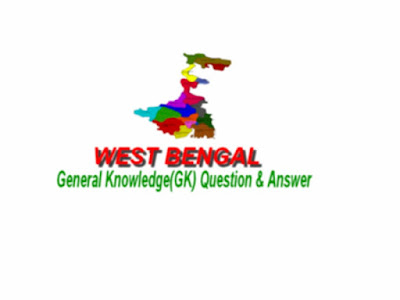 * Kolkata the Capital of West Bengal is situated on the bank of the river-  Hooghly.

* The Nizamat Imambara built in 1847 AD one of India’s largest Imambara located at- Pandua in Malda District.

* The capital of Pallava situated at- Kanchipuram.

*Chattagram warehouse of former Bengal was captured in the year of- 18th April 1930.

* Sandakafu is the tallest peak of West Bengal is situated in the state of India- West Bengal.

Indian Museum a heritage site of India is located in the state of – West Bengal.

* The name of last Independent Nawab of Bengal who was defeated by British India- Mir Qasim.

* The Adina mosque was built during the reign of the sultan of Bengal Sultanate- Sikandar Shah of Ilyas.

* The year 1857 is famous in West Bengal history- In Indian history, the battle of independence was first fought in the state of  West Bengal in this year.

* The father of Indian Renaissance is- Raja Rammohan Roy.

* The main founder of the Pala Dynasty- Gopala.

* The name of Bengali Person who founded ” Brahma Samaj” in the year 1828- Raja Rammohan Roy.

* First Bengali newspaper ‘SamacharDarpan was first published in the year – 1818.

* The Permanent Settlement system was introduced in Bengal in the year- 1793.

* The height of the Martyer’s Monument in West Bengal- 52 Meter.

* The first woman of India to climb Everest- Bachendri Paul.

* The first Indian Woman to go to space- Kalpana Chawla.